This is a mini-post, a part of the Wiki Vacation series of posts from my tour of the US Virgin Islands in 2009. The trip to Trunk Bay was our first visit to Saint John, and was limited to half a day, where we went with family, a newly-wed couple, and friends. Our second trip to Saint John followed a few day after, where we went alone, documented on the long post on Caneel Bay.

Trunk Bay as seen from the road

Because it is not a private beach, one can expect to see a lot more tourists, relatively speaking.

Trunk Bay is famous for its underwater snorkeling trail that spans more than six hundred feet, around that big rock in the picture.

Snorkelers follow the 650-foot underwater trail around the big rock 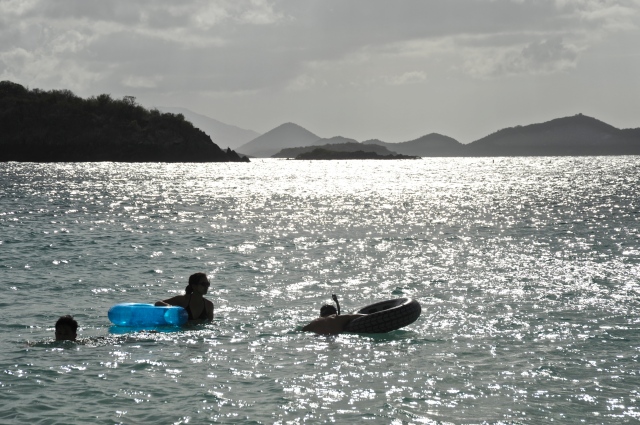 Snorkelers use tubes to stay afloat 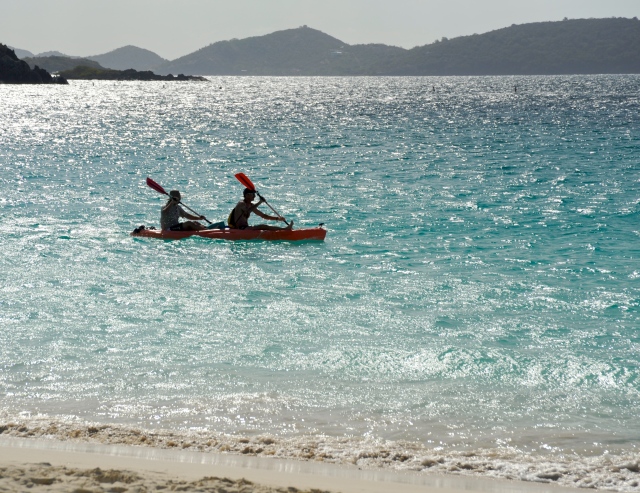 Some visitors play beach volleyball. Pictures to follow are personal one and have not been uploaded to Wikimedia. 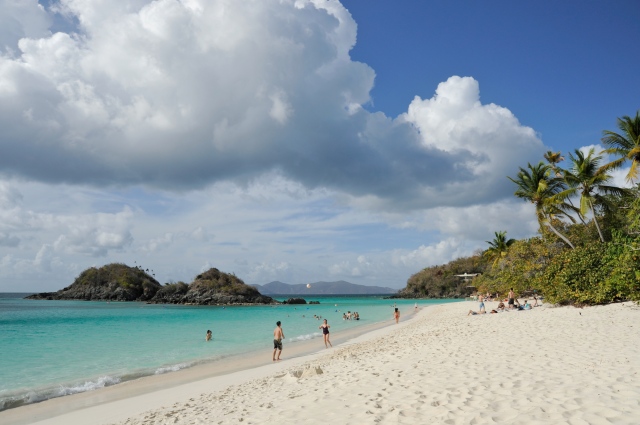 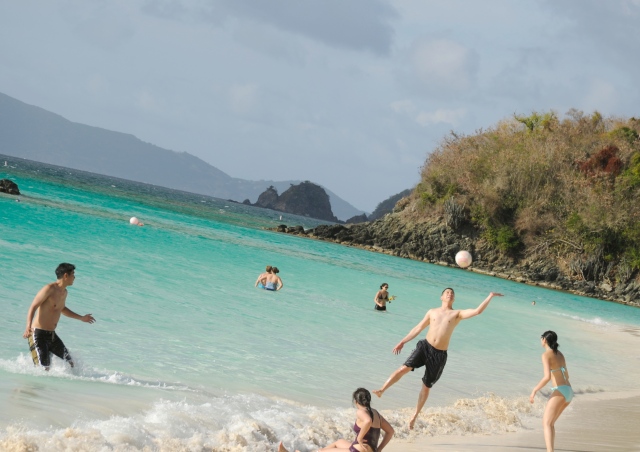 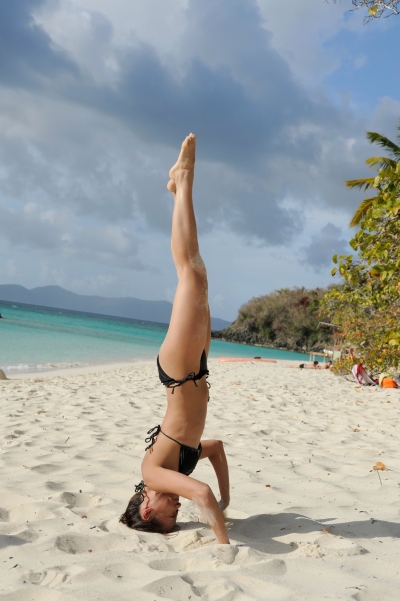 The bride led a yoga session at the beach 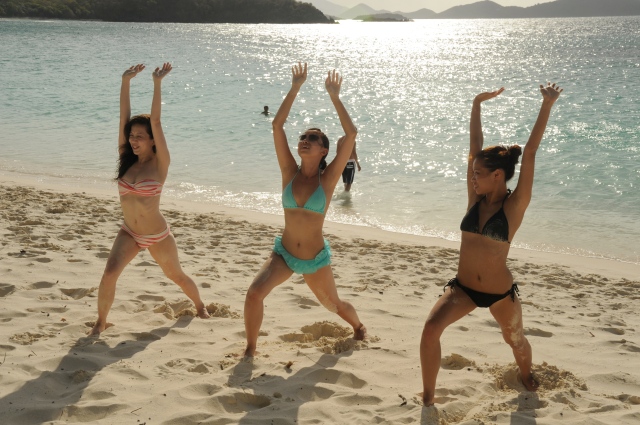 That’s it. All of the pictures shown here, except for the personal ones, can be found on the Trunk Bay Wikimedia category. The next post in this series will focus on pictures I uploaded for Saint Thomas, Magens Bay, etc., from the same tour.

The name Xinhai Dude 辛亥生 is a pun in Chinese, as it means both “he who was born in Xinhai” as well as “he who studies Xinhai”. I had an ambitious plan to write something about the great Xinhai Revolution of 1911, thus my blog https://xinhaidude.com. But after an initial flurry of activities the initiative petered out. One day I will still carry it through. But for now, this website has turned into a conglomerate of my work on various topics of interest to me, including travel pictures, RC model airplane flying, ice skating, classical music composition, science fiction short stories, evolution and atheism.
View all posts by Xinhai Dude 辛亥生 →
This entry was posted in Being a Wikipedian, Photography, Travel and tagged Beach, Beach volleyball, Beach Yoga, Kodak Moment, lifeguard station, Saint John, snorkeling, Travel pictures, Trunk Bay, Wiki Vacation. Bookmark the permalink.