Perhaps I should document every rink I visit. I guess I’d start with Mohonk Mountain House. This is a place my household of two has frequented since 2003, and we continue to go back there whenever we wanted a quick getaway from busy city life. I have in fact contributed most of the pictures seen on the above Wikipedia article, as well as almost everything found on Wikimedia Commons.

But I’ve never realized in these 13 years that there was an ice skating rink on the premises. Partly it’s because I’ve never been to the place in winter – the “pavilion” is used for other group activities during summer. Another reason is that I did not much care about ice skating in the past.

The Mohonk rink is comparable in size to the Winter Village rink at Bryant Park in NYC. This rink does expand greatly the variety of possible winter activities, at the mountain resort where TVs are conspicuously absent in guest rooms. A single rink alone provides three different types of activities. There is the traditional “I just want to skate” type of activity. More inspired folks try the role of chariot horses. But in this case they are more like mules than horses, and push chariots from behind. Less mobile folks may play chariot drivers, except they have little control over their destiny, and must rely on verbal signals which mules may or may not honor.

Yeah. This is Mohonk in its full glory in summer. And yeah, that’s the same title picture you see on the Wikipedia article. I took that picture. Click on the image above to see the Wikimedia Commons page. This was from the time when I bothered to lug around a full-frame digital camera on my vacations. Those good old days are behind me. Nowadays the head of my household of two and I take vacation pictures with our iPhones. So excuse us for the relatively low quality winter pictures you find here.

For a closer comparison, check out these pictures taken from the same room, 5 years apart, and at opposite seasons.

View of the Mohonk lake from guest room, in summer 2011

View of the Mohonk lake from guest room, in winter 2016

Ok. That’s probably enough plugging for Mohonk. One of these days I am going to get Mohonk to pay me for plugging their facilities… or at least to give me a free stay once a year. But I know they won’t, just like Caneel Bay couldn’t care less that I took and more importantly uploaded great pictures of the resort to Wikimedia. I mean, this picture of the Turtle Bay alone has been pirated hundreds of times around the world.

The skating rink is housed within a huge wooden pavilion. There is a gigantic fireplace next to one end of the rink where bystanders huddle together for warmth while watching their loved ones skate. Skaters take out ice skates and put them on inside an adjacent house complete with hot drinks, snacks and lockers. There are at least two open sessions for at least two hours, every day for 7 days a week: morning and afternoon. On Fridays and Saturdays there are additional evening sessions.

As mentioned in the introduction, chariot racing was the most popular activity at the rink, at least for the two days I was there. But there were only three chariots to go around. Each features such luxurious item as the marble footrest. Suffice to say they were always in great demand.

I had a great time skating there. Pictures follow.

I love it when there is no one else at a rink with me. This is really the only time I dare try and learn new moves. It is not possible to hurt anyone else other than myself, when no one else is around. Here I was almost by myself just when the ice skating rink opened at 10am on a Monday.

It started to snow

Someone tried to do cross-country skiing on premises

Deers can be found everywhere

These are pictures from 2012. The indoor swimming pool is a great amenity in winter as well. But I didn’t take pictures of the pool this time.

These are pictures from our first trip back in 2003. 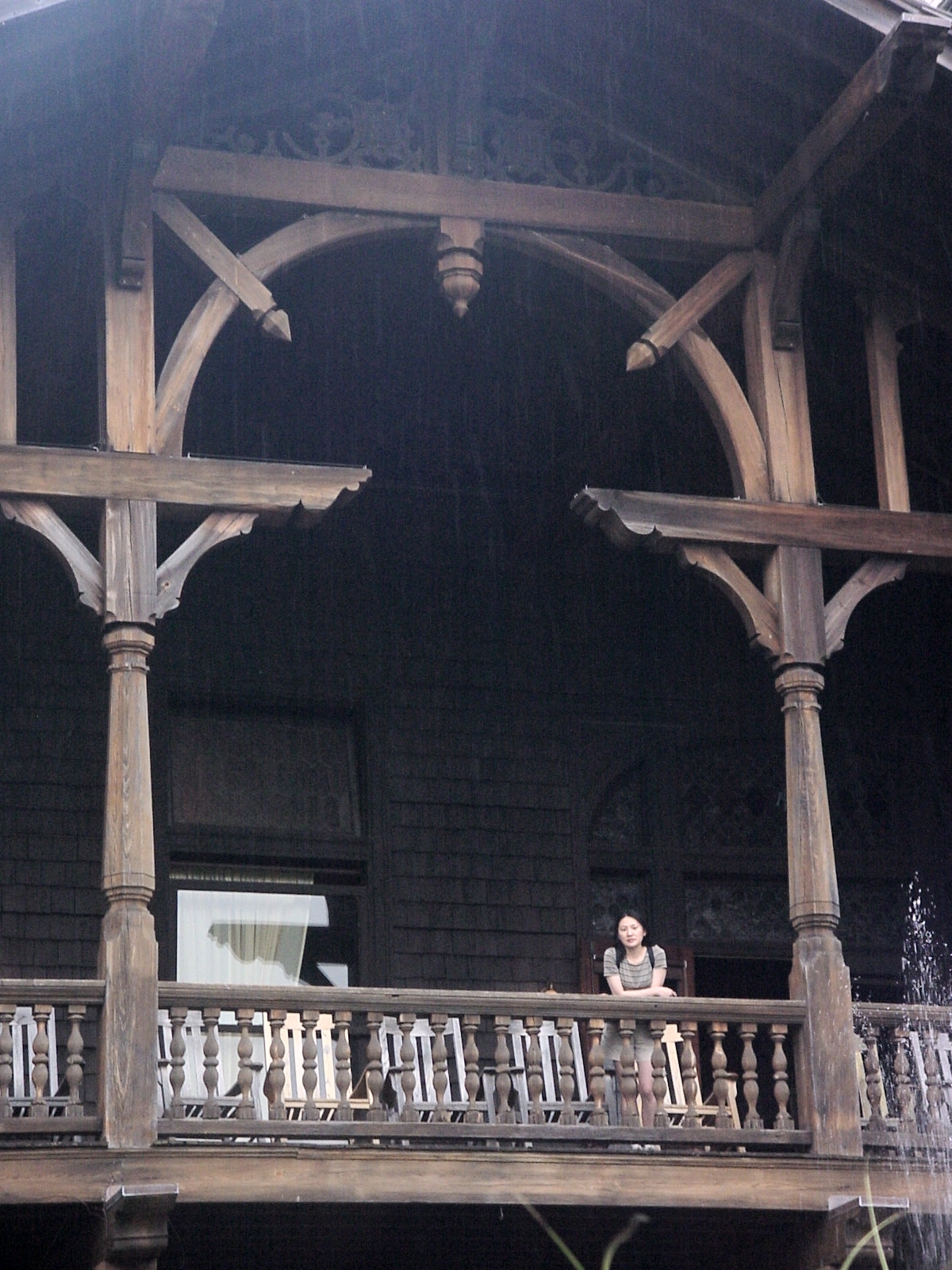 The name Xinhai Dude 辛亥生 is a pun in Chinese, as it means both “he who was born in Xinhai” as well as “he who studies Xinhai”. I had an ambitious plan to write something about the great Xinhai Revolution of 1911, thus my blog https://xinhaidude.com. But after an initial flurry of activities the initiative petered out. One day I will still carry it through. But for now, this website has turned into a conglomerate of my work on various topics of interest to me, including travel pictures, RC model airplane flying, inline skating, ice skating, classical music composition, science fiction short stories, evolution and atheism.
View all posts by Xinhai Dude 辛亥生 →
This entry was posted in Ice Skating, Travel and tagged chariot race, Ice Skating, ice skating rink, mohonk, mohonk mountain house, Travel pictures, winter. Bookmark the permalink.